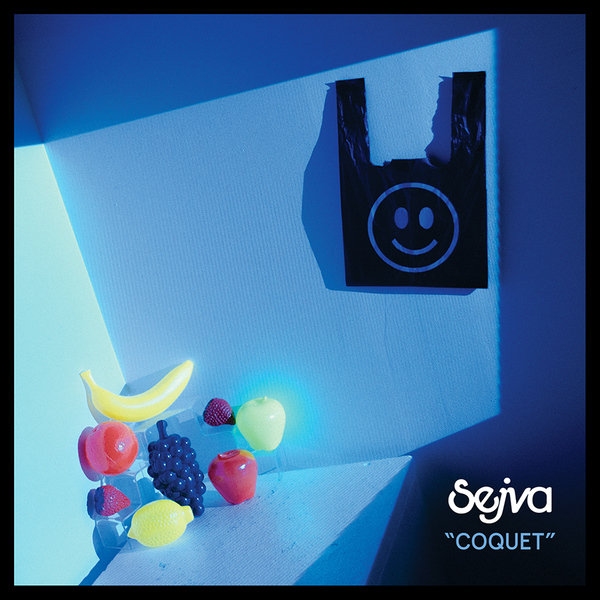 As a native Atlantan, Alex Millin spent much of his youth delving into the hip-hop, R&B, and house music that pulsed through the city streets around him. On “Coquet”, the debut ep under his Sejva moniker, Millin finds the perfect blend of those influences. On July 28th, “Coquet” will be released by Company Records, the imprint founded by Chaz B, of Toro y Moi.

Upon its inception in the late 17th century, the word coquet simply meant a man who flirts. Over time, coquet progressed into its current verb form, in which it means “to behave flirtatiously.” As a title, “Coquet” is meant to invoke the evolution of flirtatiousness and sensuality throughout the years.

In today’s world, where technology has provided a sense of mass interconnectivity, Sejva recognizes that this interconnectivity is all too often mistaken for togetherness. “Coquet” reflects on this paradox of modern living, and seeks to provide a sanctuary from it. Through four-on-the-floor rhythms and subtle tones of 90’s hip-hop and funky disco, the songs on this EP are each intended to create a moment, an authentic experience to be shared. Sejva challenges his listeners to put their phones down, unplug, and rekindle real human connections with those around them.

“Coquet” was created in the cluttered back room of Millin’s apartment, where analog synthesizers and drum machines were filtered through half-working recording equipment and tape machines. From 808-banging house tunes with pulsing bass lines, to compositions mixing distorted chords with moving drum parts, the songs on this record all play on the idea of primal instincts. As Millin says, “'Coquet'is instinctual. It frees you of your inhibitions.” The EP provides a vehicle for listeners to experience a late-night, windows-down ride through the side streets of Atlanta.