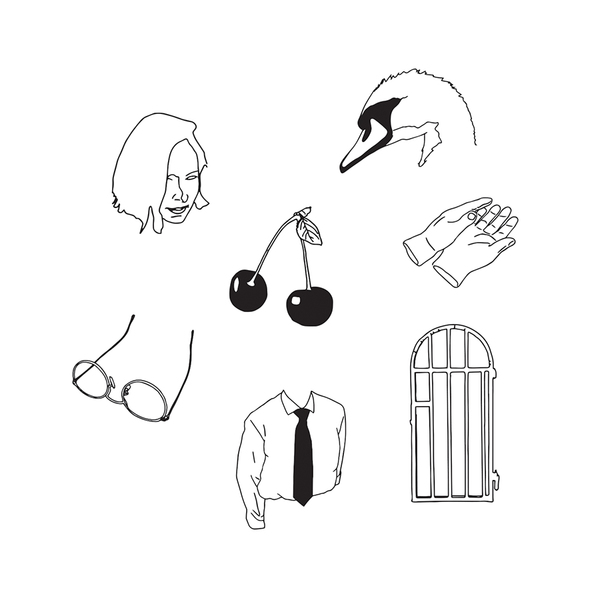 Living In Symbol is an ode to ambiguity, the future, and saying ‘so long’ to the known. A member of the last generation to experience life before total interconnectedness, Anthony Ferraro (digitally known as Tony Peppers) aims to be a bridge between two very different realities.

The spirit of change is especially pronounced in California’s bay area, where technologies dawn and disruption is the noblest goal. Critics and advocates of all stripes write columns and fill talk radio hours with their analyses of the times. Ferraro is a funny case: a sometimes Luddite with a romantic streak, he would probably be a doomsayer if it weren’t for his being situated in the middle of it all. As it happens, he ended up writing a generative music algorithm that sold on auction at the Smithsonian for $5,000.

His take on tomorrow is nonjudgmental, meditative, imaginative. It keeps away from unqualified hope or outright alarmism, choosing instead to embrace the indeterminacy as food for dreaming.

Ferraro’s friendship with Chaz Bear, who co-produced the album, began modestly enough: Bear walked into the coffee shop where Ferraro worked while attending UC Berkeley. The two became friends, and when Ferraro graduated the following summer, he signed on as touring keyboardist for Toro y Moi. Musical bonds were forged over the next few years, and the pair began collaborating on what would become Living In Symbol.

Sonically, the album weaves its influences into an alien drapery. “The Border” introduces Latin psychedelia to a groove à la David Axelrod, setting the stage for a vocal performance that manages to be equal parts Lee Hazlewood and HAL 9000. On “The Room”, a Borgesian story gets dressed up in an eerily graceful string arrangement reminiscent of Les Baxter. And “Who I Talk To” nods to George Harrison in a soft rocking arrangement that supports Ferraro’s ghostly croon.

Living In Symbol is a series of rooms, a choose-your-own-tomorrow story. Step in and peer through its open doors.